⇨ Repainted car sold as New- does Court hold it as manufacturing defect?

It is a case where the car was painted to match the original colour before being handed to the complainant. It was not stated in the report that the car was old or involved in an accident prior to repainting.  Read more

The Notification by the Ministry of Consumer affairs issued on 04.07.2022 in the form of Guidelines are meant to stop levy of service charge by the Hotels and restaurants in the bill while customer avails service by visiting at their premises. Read more

⇨ Choices for Homebuyers if Developers Fail to Give Possession

The Supreme Court, in the recent case of Experion Developers Pvt. Ltd. Versus Sushma Ashok Shiroor, decided on 7th April 2022 took a very liberal view in favour of home buyers who invested their hard earned money in a developers’ project but did not get possession within the stipulated time. Read more

⇨ 2021 In Review: Landmark judgments by the Supreme Court

Leading cases decided by the honourable Supreme Court in the year 2021 are going to be remembered as benchmark judgments in the evolution of consumer jurisprudence. Read more

It’s a common grievance of home buyers that builder fails to complete the construction work including amenities as per plan and agreed terms. Read more

Estate (Regulation and Development) Act – A bench of Justice Naresh Patil and Justice RG Ketkar passed the judgment after hearing all parties in the matter and upheld the provisions of the new Act that came into effect on May 1, 2017.   Read more

Sukriti Gupta & others case had come up before the Supreme court in the year 2021 in which a number of Class 12 students had filed petition to permit the class 12 students to opt for retaining marks of their previous exams in case they get less marks in improvement exams.   Read more

Inaction of the governments in appointing president and members/staff of districts and state consumer disputes redressal commission and inadequate infrastructure across India has led Supreme Court to direct centre to conduct legislative impact study of Consumer Protection Act 2019. Read more

If a builder is unable to give possession of a flat within the agreed time, then he is liable to pay interest to the purchaser until the handover, the National Consumer Disputes Redressal Commission (NCRDC) ordered Runwal Homes to hand over a 1,215-square-foot Nahur flat to a Kemp’s Corner family and also pay them around Rs 69 lakh interest on the amount paid so far. Read more

With this new verdict there will be much clarity and a sigh of relief among the homebuyers/consumers. However, what it actually brings to the table for a common man aka consumer examines our legal expert Ankur Saha. Read more

Sukriti Gupta & others case had come up before the Supreme court in the year 2021 in which a number of  Class 12  students had filed petition to permit the class 12 students to opt for retaining marks of their previous exams in case they get less marks in improvement exams. Read more

⇨ How the courts make law

It is well settled law that –

“Requirement of leading detailed evidence could not be a ground to shut the doors of any forum created under the Act like the Consumer Protection Act.” Read more

Estate (Regulation and Development) Act – A bench of Justice Naresh Patil and Justice RG Ketkar passed the judgment after hearing all parties in the matter and upheld the provisions of the new Act that came into effect on May 1, 2017. Read more 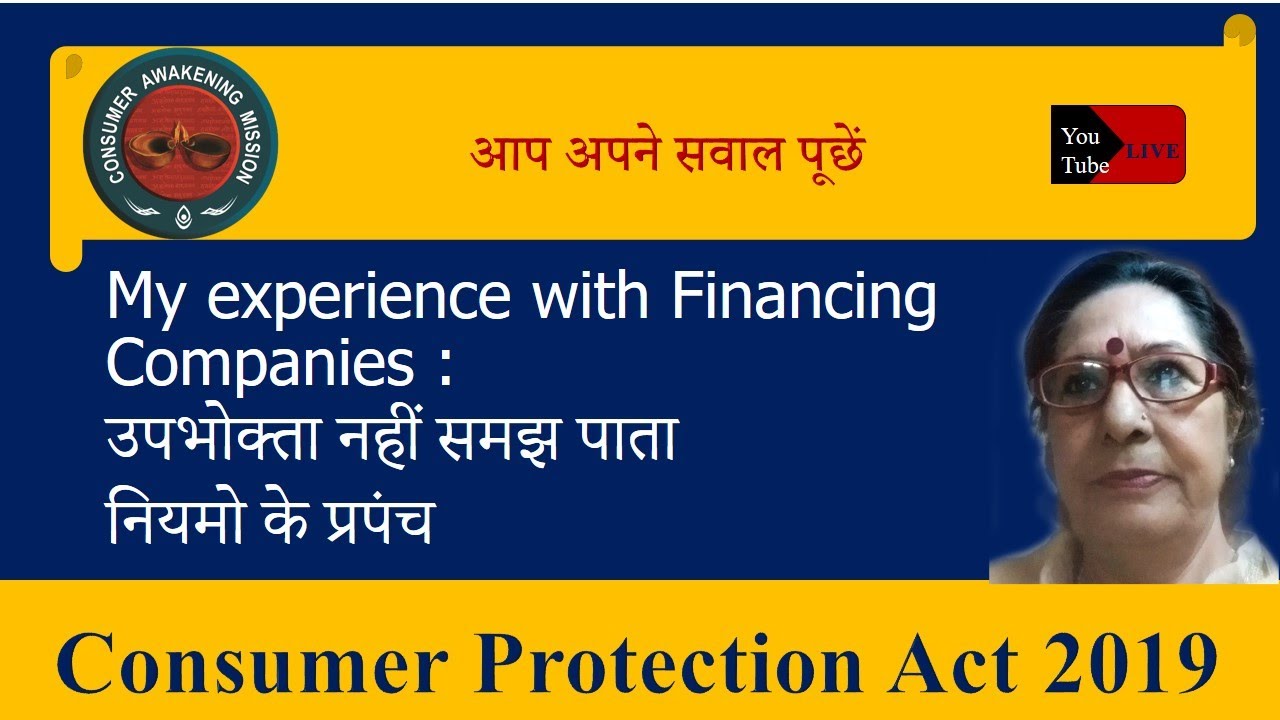 My experience with financing companies 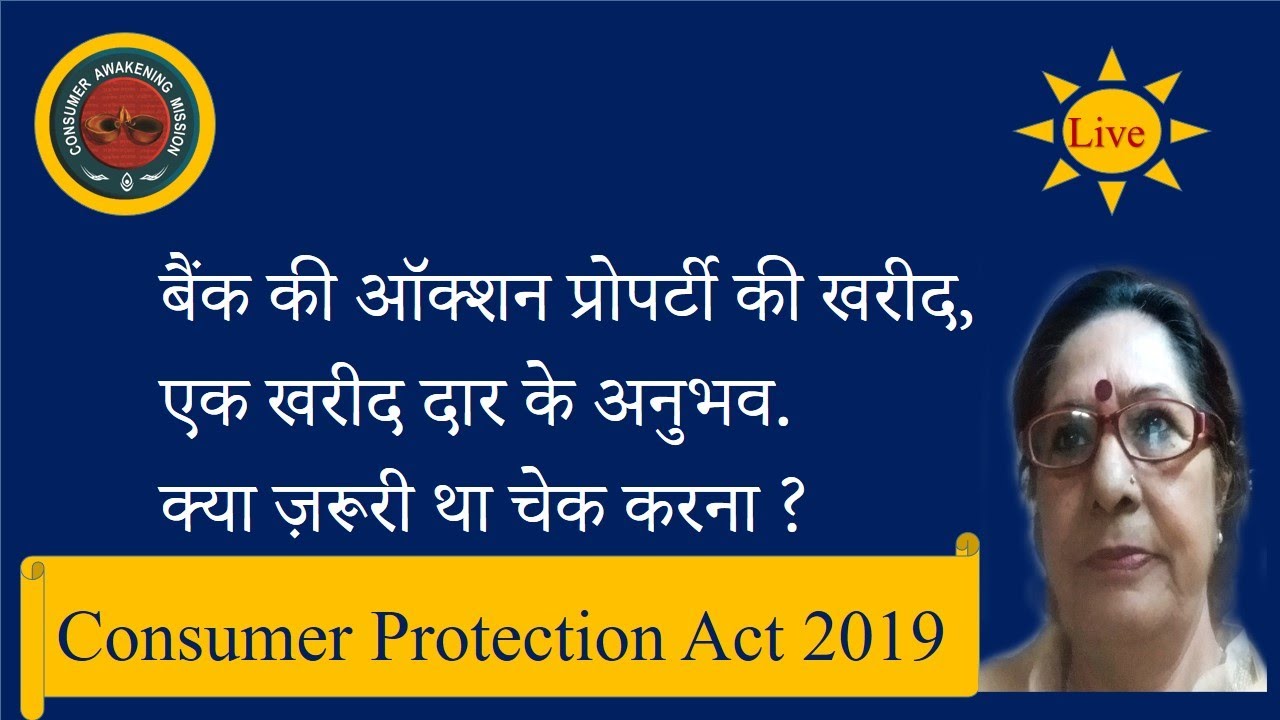 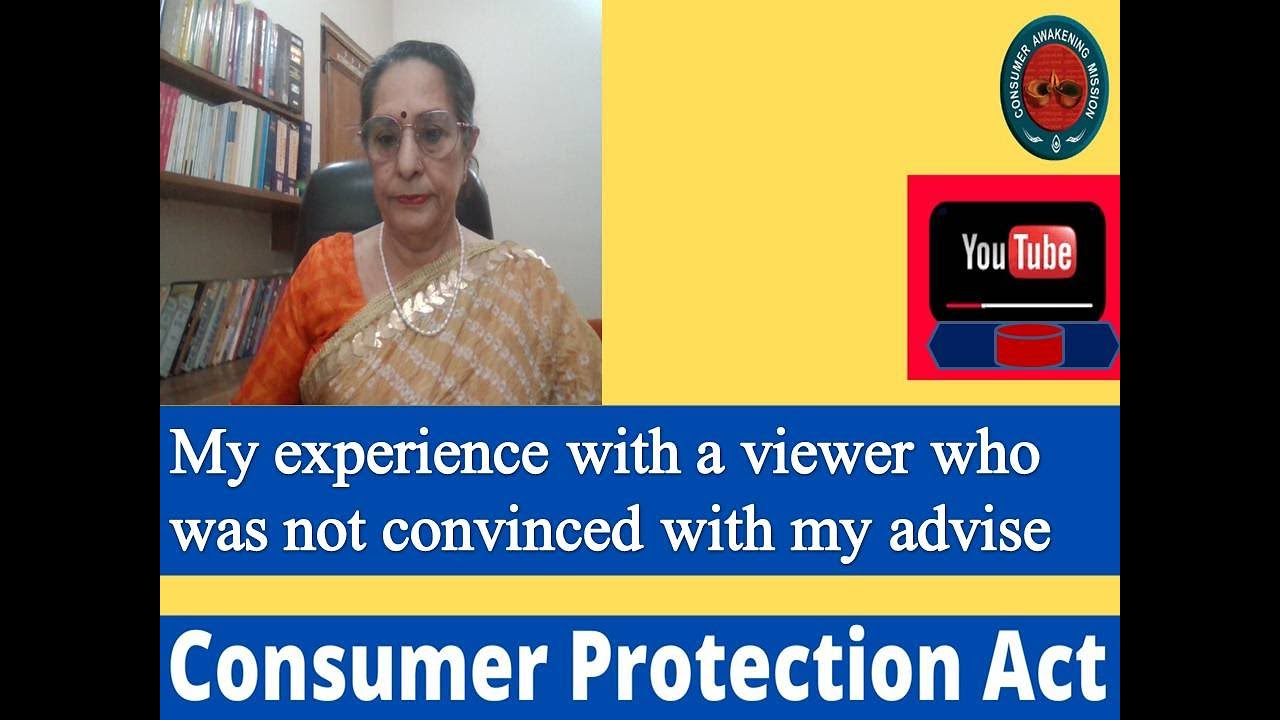 My experience with a viewer who disagreed with my advise 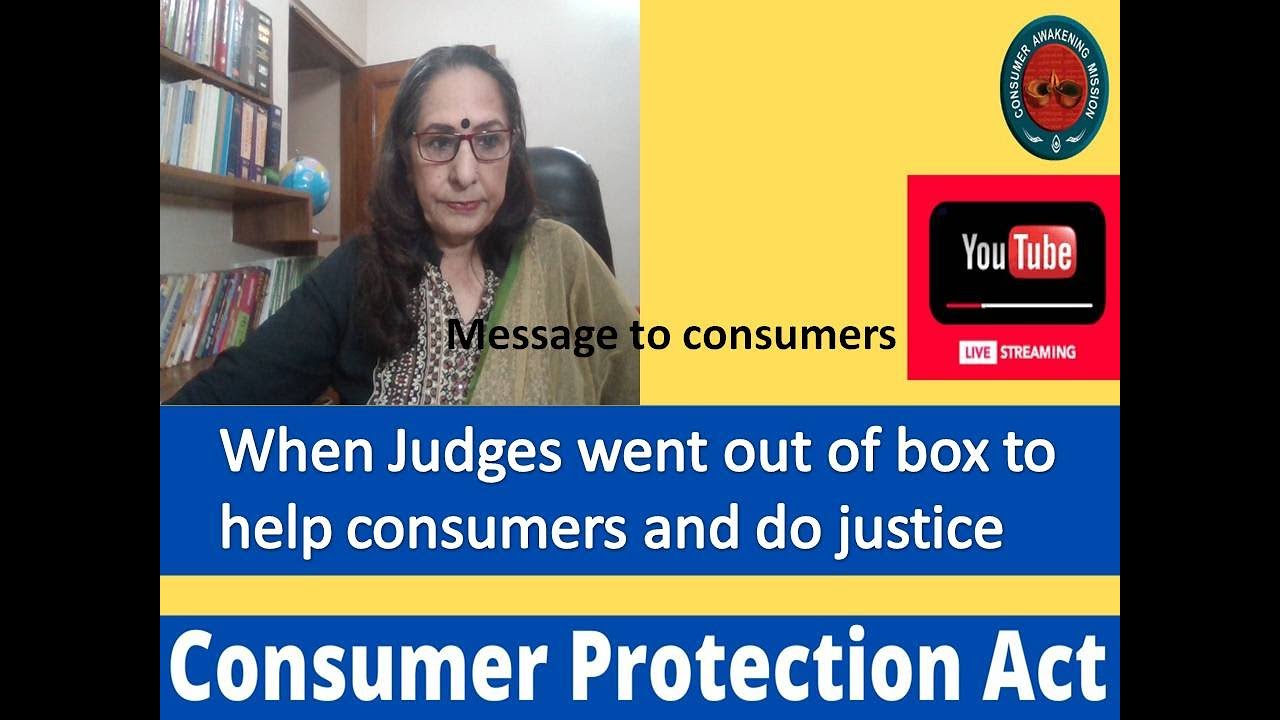 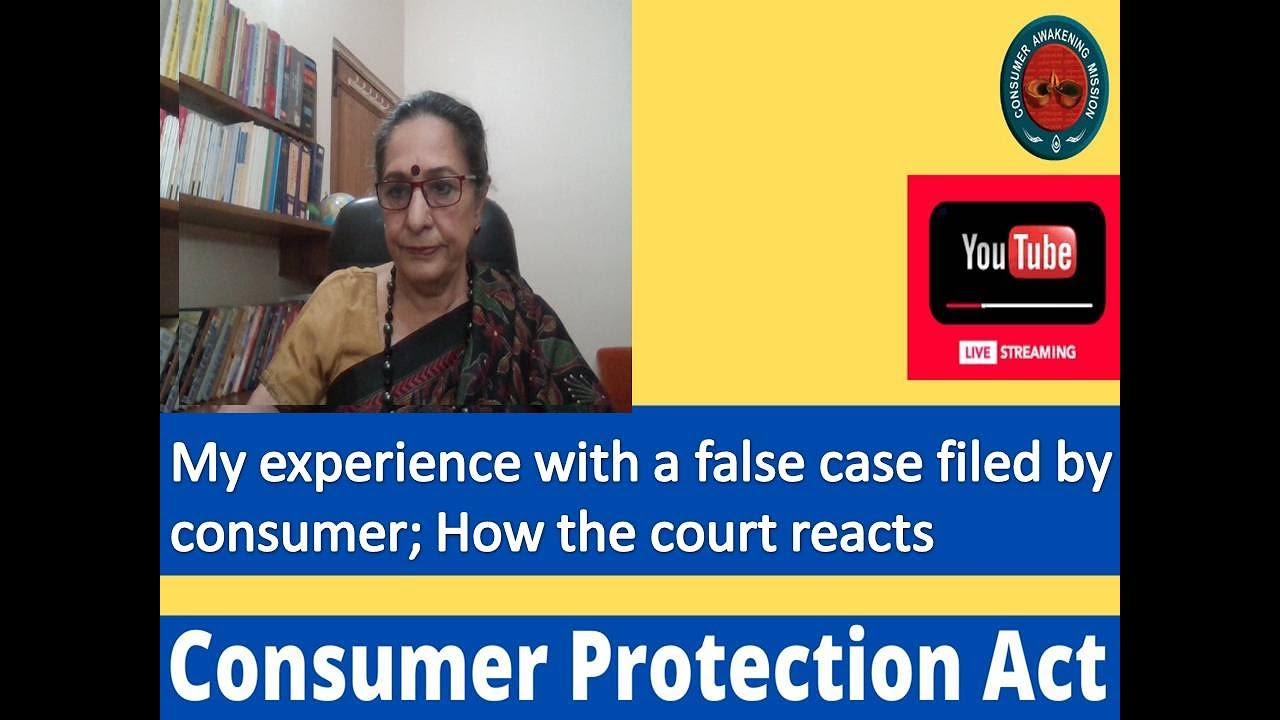 How the court reacts when consumer files false case ;My message to consumers 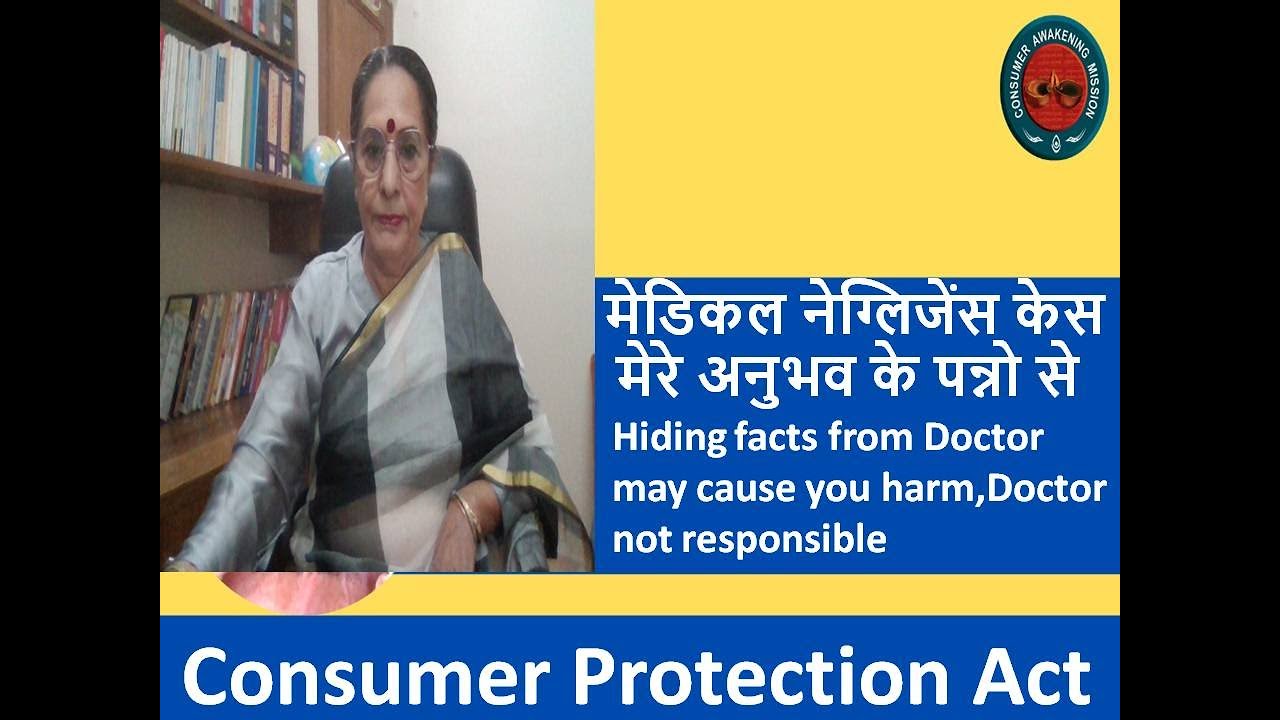 My experience with a medical negligence Case ; How it is important to bring all facts on record 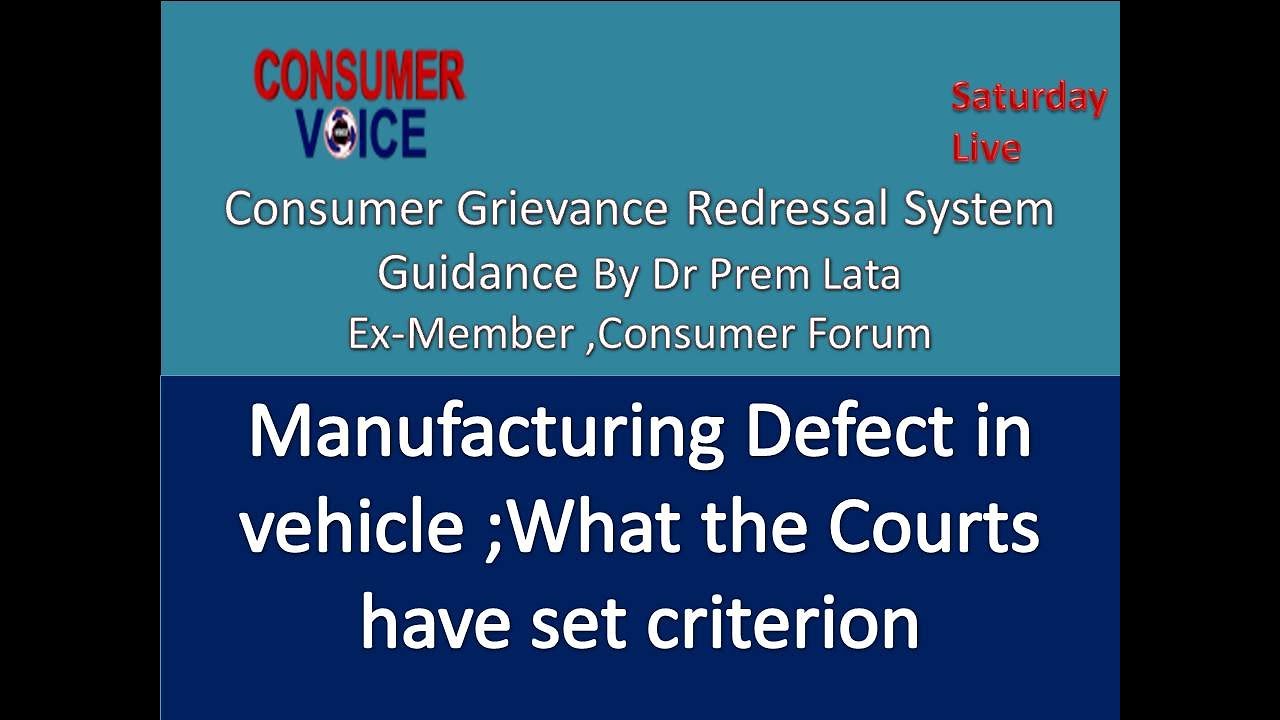 Manufacturing Defect in vehicle ;What the Courts have set criterion Landmark judgment by SC 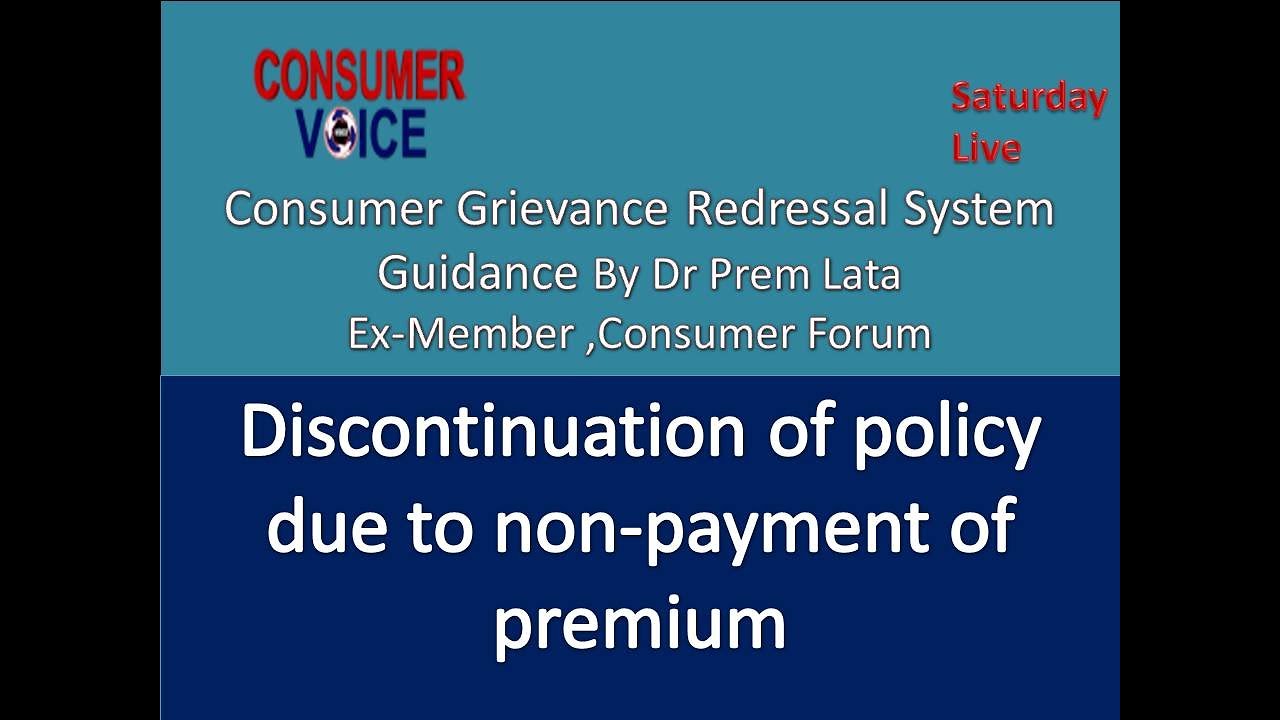 Discontinuation of policy due to non-payment of premium : Know your Rights 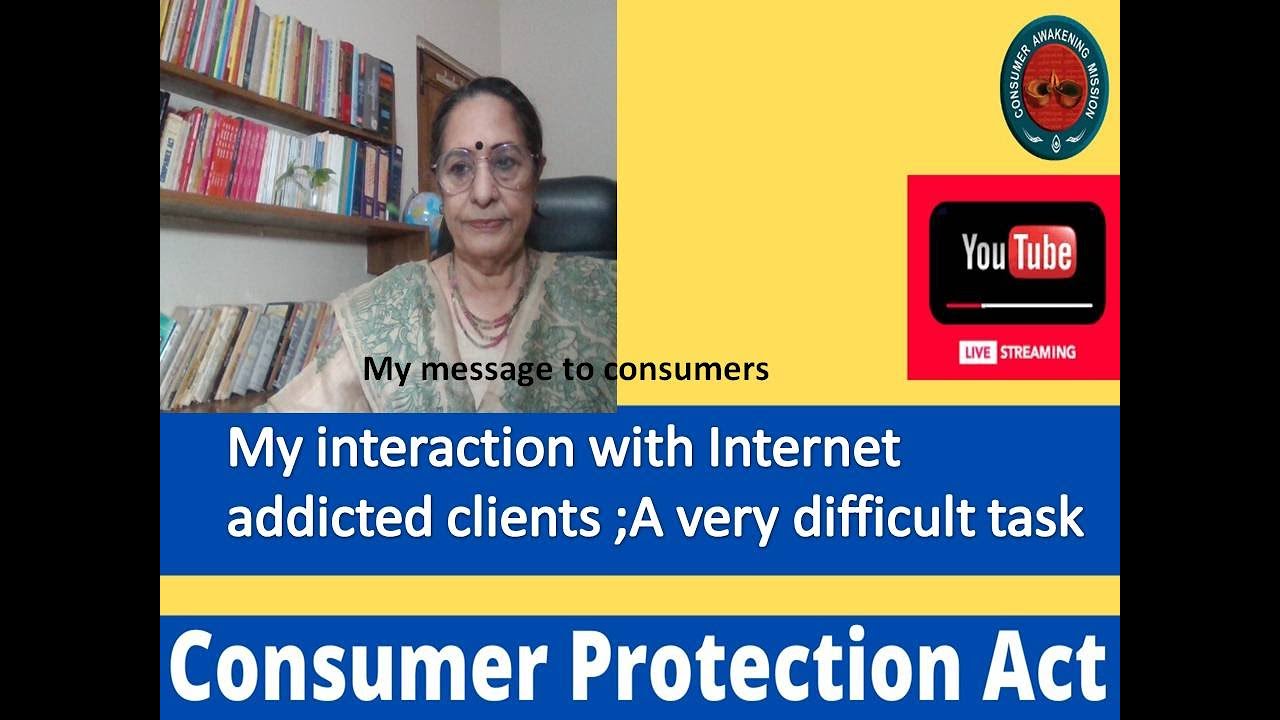 My interaction with internet addict clients ; A difficult task .My message to such consumers 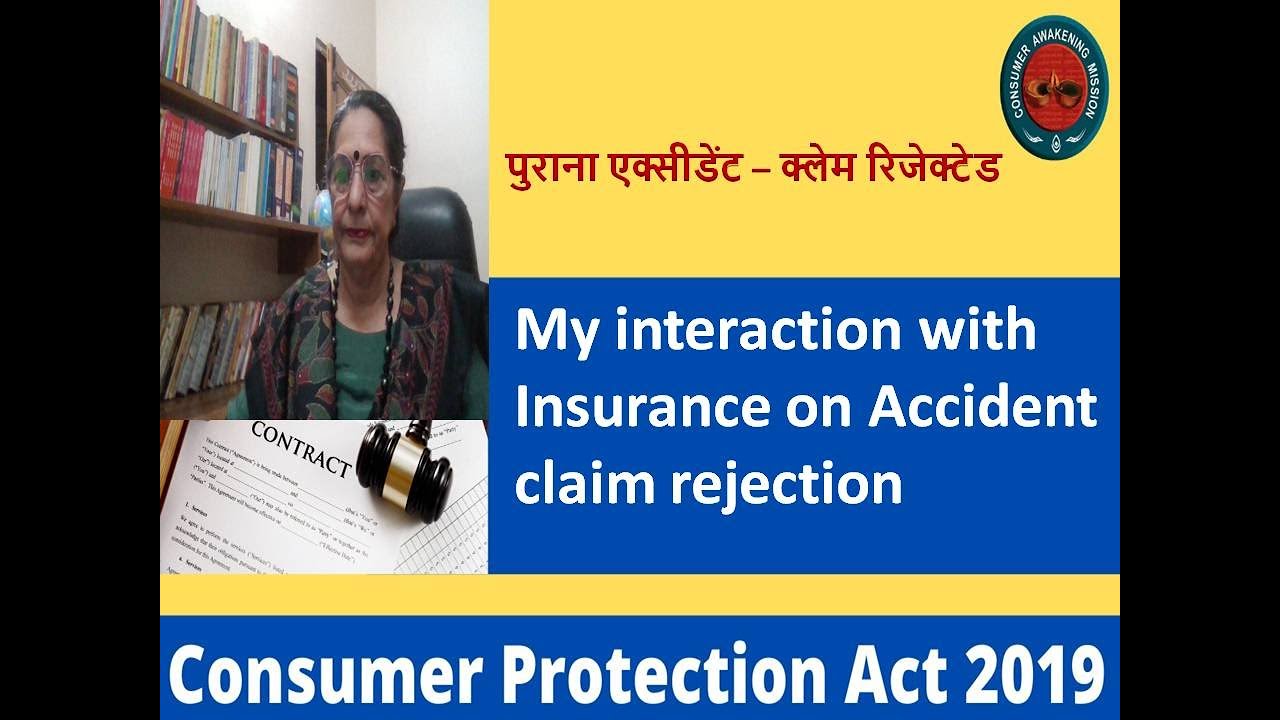 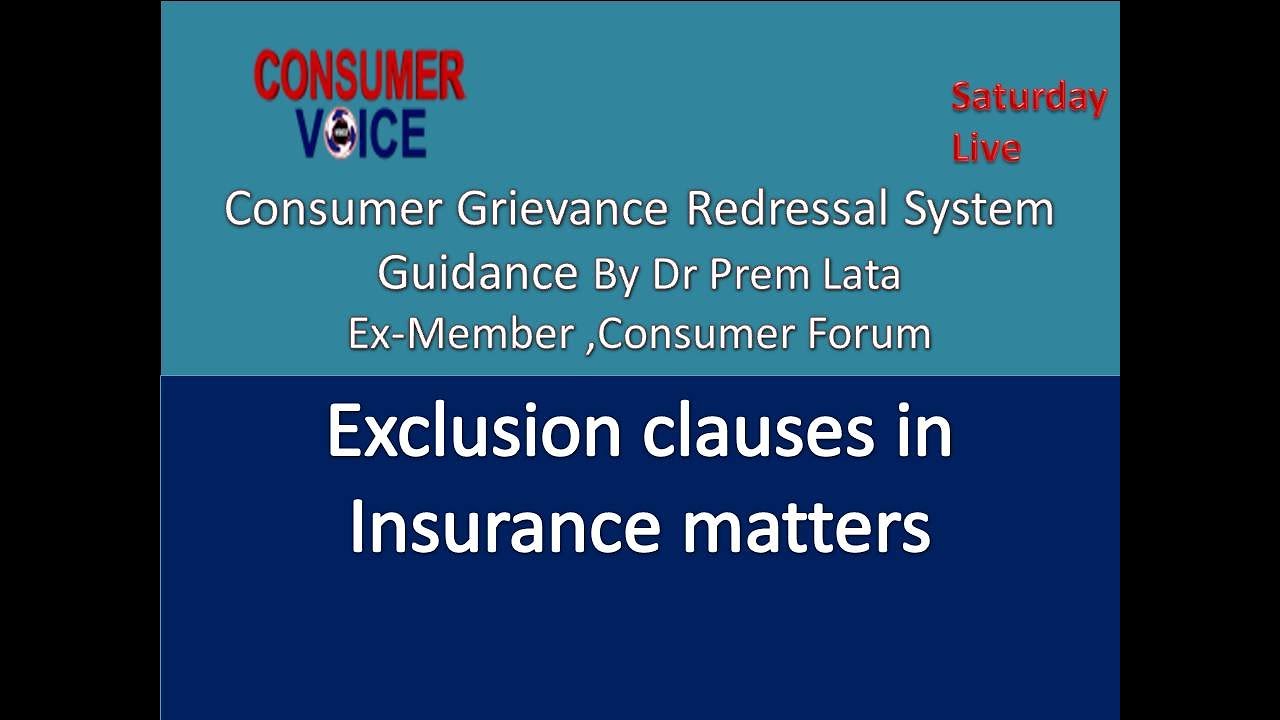 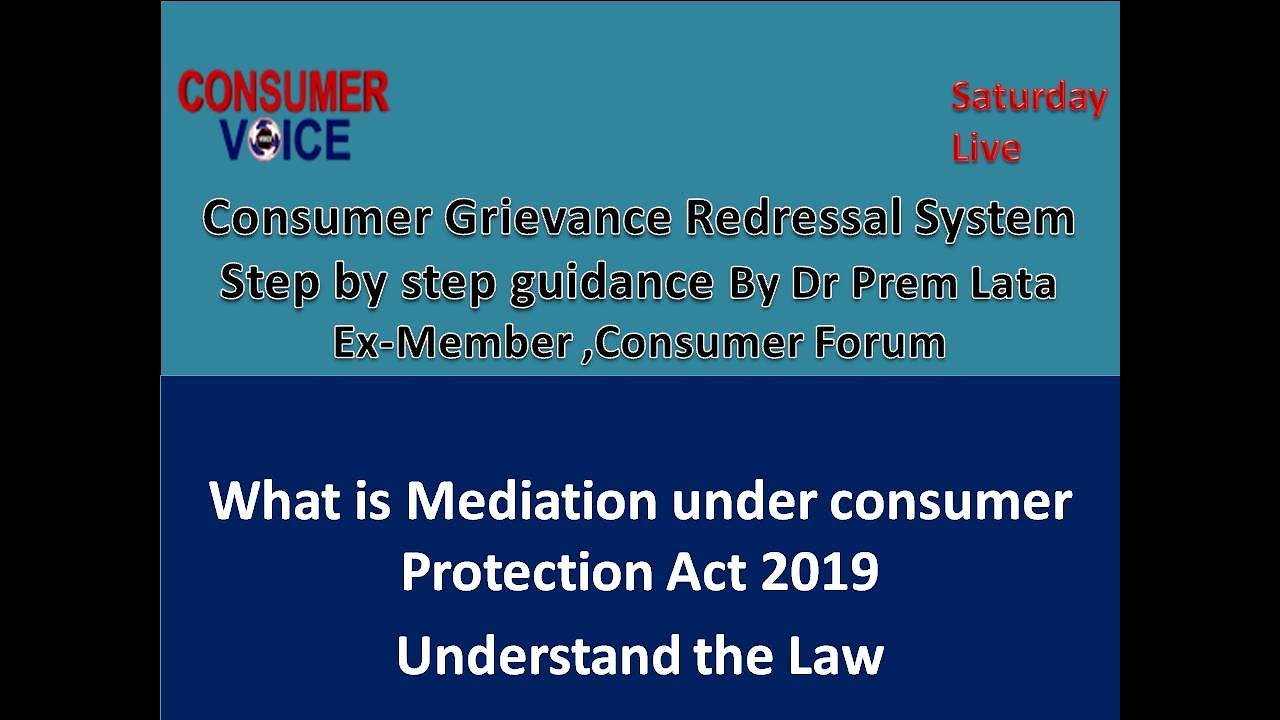 What is Mediation under Consumer Protection Act 2019;Understand the Law 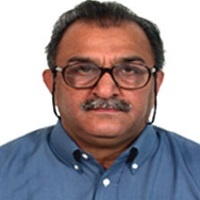 Prof. Sri Ram Khanna, Managing Trustee of Consumer VOICE set up Consumer Association at Delhi University Campus in 1983 with his like-minded friends. A doctorate from the Delhi School of Economics, Prof Khanna is currently teaching at the Faculty of Commerce and Business in DU. He was the first to initiate Comparative Testing of consumer products in India with the technical support from StiftungWarentest, Germany. With several publications on consumer affairs under his name, Prof Khanna is a walking encyclopedia of the organization. 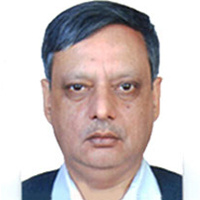 Ashim Sanyal, COO of Consumer VOICE, an astute and result oriented professional, brings with him 25 years of corporate management experience. His inputs in strategic planning & account management and skills in budgeting, forecasting, competitor and market analysis has helped Consumer VOICE reach new heights in the fields of Comparative Testing, Sustainability Projects, and advocacy on several consumer matters. He has in-depth knowledge and comprehensive understanding of the emerging market trends having travelled widely across Europe, Middle East & Africa. 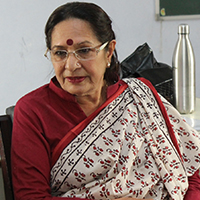 Dr Prem Lata, Legal Head of Consumer VOICE served as the Legal Advisor at Steel Authority of India Ltd (1980-2001) and a member of the Consumer Court till 2013. She has almost 25 years of legal experience with specialization in Consumer Law and Affairs having served as a legal expert at National Consumer Helpline.  She has played a crucial role as a Committee Member for drafting Rules & Regulations for New Consumer Protection Act 2019. She is also an Arbitrator at Indian Council of Arbitration, Centre for International Arbitration (High Court of Delhi) and FICCI and authored many books on the same.